A mass shooter opened fire in a New York City subway on April 12, 2022, and suddenly, once again, it feels like everybody wants more police. Even though a Latin American immigrant — and not the police — solved the case. Meanwhile, NYC already has a budget bigger than entire nations’ military budgets — and thousands of cops, ostensibly on patrol to prevent this type of emergency. Einstein said it himself: “Insanity is doing the same thing over and over and expecting different results.” So, I ask, even with the incessant copaganda, how does anyone think we should throw more cops at this problem?

The problem, by the way, is meager public health and safety. Crime is a symptom. You want to stop crime. Remove the circumstances that cause it.

The Truth About Police

Police kill at least three people a day. They’re responsible for a third of all stranger murders nationwide. Black people are more than 300% more likely to be killed by cops, and Black children are 600% more likely. It’s about the same for indigenous people, and not much better for Latin Americans. Almost half of those who die at the hands of police have some form of disability. And yet, more than 98% of police killings don’t even result in an officer being charged.

One interaction with police increases the likelihood of future “criminality.” Cops on the streets patrol criminalized populations, feeding the jails, while school ‘safety officers’ filter kids right into the courts, feeding detention centers and the caseloads of CPS workers. Nearly 3,000 kids between the ages of five and nine were arrested at school from 2000 to 2019 — for ‘crimes’ like crying! Black students made up 41% of the arrests, even though they make up only 15% of school populations. In fact, one in three Black kids born today will wind up in prison; one in six Latin American boys will too. But that’s not all:

Plus, cops don’t even do what their tagline tells us; they only protect private property and serve the rich, white and powerful. For the rest of us, a 911 call can mean death. But then again, we’ve been misled since birth about the meanings of health and safety, right and wrong, crime and punishment, and perpetrator and victim. In the United States, policing has always been the State’s arm of the class war. And crime and punishment have always been racialized — dating back to post-slavery Black Codes, chain gangs, and the transformation of petty thievery into a felony. It continues today through racial profiling and the criminalization of entire communities of color, as well as the slave labor industry enabled by the 13th Amendment that disproportionately impacts the descendants of enslaved people.

Every day, cops appear on video making emergencies more terrorizing and dangerous. They body slam, pepper spray, and Tase students in schools. They rush into homes without warning, and shoot without looking. They murder adults sleeping in their cars, and kids playing with toys. They brutalize and arrest famous Black intellectuals attempting to enter their own homes. They destroy houseless encampments and drag human beings into jails and shelters more dangerous than living on the street or in a park. They kill more than 25 dogs a day. They plant evidence, and also steal drugs, and sell them on the streets. They use their police vans to repeatedly rape women and leave them on the side of the road. They anallly rape ‘suspects’ with broom handles. They unload 51 shots on people driving. They create gangs and promote members who murder civilians. And every single time we protest their violence, they respond with more violence.

But all of this, of course, is merely the collateral damage of the most dangerous job, held by the nation’s bravest, who spend their time preventing and solving crimes!

Right? Wrong. Cops don’t stop crime. And they only solve 2% of all major crimes that have already occurred.

And yet, after the longest period of sustained protest in our nation’s history, police spending increased nationwide. Since Biden took office, the influx of military weaponry, including tanks, rocket launchers, and armed helicopters, has intensified. And even federal money earmarked for COVID relief is being misused by states and municipalities across the country to build prisons and jails and increase funding to police departments.

Now, what if all of this — coupled with the prison industrial complex’s profit motives and the exploding military budget — were preparation to squash a new slave revolt (like the one they fear has already been started by Christian Smalls)?

Even if it wound up being totally untrue, and history was never to repeat itself again, it’d probably still make sense to share this fear with fellow Americans; the entire poor and working-class would fare better together by bringing concrete proposals for policing alternatives to their city councils.

Defunding the police means investing in the people.

As an abolitionist, I’m most often asked about murderers and rapists, people who “can’t change,” and why all we do is bitch and moan but never propose real-life solutions.

Here’s the thing: not only do we regularly propose alternatives to cops and cages, but we’ve also been busy for years implementing them — and recording our many, significant successes. The problem is that, amid all the irresponsible, poorly researched, pro-police narratives spread across mainstream media, it takes a Good News Network (or IGD) to report on Denver’s STAR program successfully replacing police more than 2,200 times in less than a year. And this is in spite of a 2021 National Alliance on Mental Illness poll that showed eight in 10 Americans believe mental health professionals — and not police — should respond to mental health calls.

Of course, this means we have to work even harder to share information that saves lives.

Don’t Call The Police has a national and city-by-city directory and map, with more than 80 local options.

Here are some examples (in addition to Support Team Assisted Response in Denver):

Plus, there are things we all can do to take part in protecting our communities, including cop watching, court watching and creating, joining or supporting mutual aid, abolitionist, and bail fund groups. 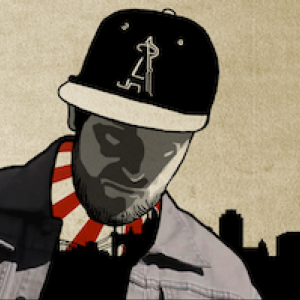 AWKWORD is a justice journalist, abolitionist and anti-fascist organizer, political Hip Hop artist, co-founder of TEN DEMANDS, and co-creator of the Ten Demands for Justice: The Road to Abolition. Learn more about him at thisisawkword.com and tenforjustice.com. Also find him on Twitter at @AWKWORDrap
Leave a Reply Cancel reply

Ethnonationalism is the Inevitable Afterbirth of White Supremacy

Arturo Dominguez May 21, 2022
About The Antagonist
Antagonist Streetwear
On Social Media
Support Us