(If you are a Medium member, please support this writer by reading this article here)

Context: In a last-ditch effort to retain presidential power (which prevents Trump from being tried and convicted for his criminal activities), President Trump engaged in stochastic terrorism to initiate electoral suppression, by way of a violent coup, attacking the United States Capitol, in Washington D.C. This took place on January 6, 2021.

I don’t know how to say this, but I believe that not showing up to face off Trump’s fascist mob is a strategic mistake.

On November 7th, 2020, when Biden officially locked the votes to secure election win, scores and scores of Joe Biden supporters swarmed the streets of Washington D.C. It was astronomically crowded in the streets of D.C.; I got the photos documenting this.

Rolling up to the north side of the White House, there were hundreds of people honking the car horns in celebration, with Biden campaign flags and other signs waving everywhere. So many people were everywhere.

The damage to democracy dealt by Trump’s army of fascists, racists, and other miscreants on January 6th, 2020, may be grave, but that day is not the only time Trump supporters ravaged the U.S. capital. December 12th, 2020 — the date the Electoral College cast their votes — was another day where Trump’s MAGA mob marauded all over D.C., targeting locations that would be war crimes, such as churches. Trump’s favorite openly fascist white nationalist group, the Proud Boys, come to the city with at least 500–600 thugs who were all about their “optics game” during the day, only to terrorize the D.C. public by night.

I was there, observing each event, each time. I remember the Proud Boys openly contemplating attacking Metro PD — police officers — just because police officers attempted to separate the fascist gang from the local populace.

Numerous political influencers told thousands of liberal folk to stay away from these streets as fascists march all over downtown Washington, D.C.

Telling people not to show up to stare down fascists was a mistake. Not only was it a strategic mistake, but I also assess that MAGA fascists would have been thwarted, whatever their mission be, had thousands of people showed up like how they did when Biden won.

I have to tell you; these streets were crowded on November 7th. As a guy who was here for the 2020 summer of vast protests, I can tell you that many of these people never showed up for any other demonstrations. Many of the actual protesters highlighted this, pointing out how happy and jubilant the Biden voters were.

Those Biden voters should have showed up

While those Biden voters on November 7th cannot go into the past and arrive for Black lives in the summer that took place, they could have shown up and at least defend their Biden/Harris supporting stance by facing down the fascists on December 12th and January 6th. They would have been literally defending democracy had they shown up contrasting the MAGAs on the 6th of January.

I’ve said it before, and I’ll repeat it: liberals are cowards.

It is out of cowardice to plan not to show up to counter-protest the MAGA fascists before they even arrive on the scene. Liberals are too damn soft, and the conservative right-wing political types count on this.

Conservatives routinely count on liberals, progressives, and whoever isn’t a fascist to not show up, not fight, be docile, or not present. It works each time.

I strongly advise showing up to stare down MAGA fascists because each time people do so, they fall back, cower and hide. Their position isn’t validated by your silence.

This “white nationalist” (which is code for white supremacist) fell out of favor with the right-wing, seemingly overnight, after getting punched in the face on national television. Part of this is because a great deal of the fascist right-wing politics’ identity deals with “manliness,” exerting power, and the warm embrace of other toxic-masculine traits. Nazis don’t fare well after losing what is now called a “western chauvinist” presence. Not only did people show up to stare down Nazis in 2017, but also to curb their clout.

Each time regular people showed up to stare down these fascists, the next time the fascists showed up, less and less fascist attend.

Let me show you something:

Perhaps the MAGAs would attack a few police on the line. But if that were to occur, because the police would have been prepared in advance, they would extract police from all over the city with full riot gear. If the Biden supporters contacted the city to stage the protest as the MAGAs did, that would have given the city — thus the police — the time and mind to prepare.

The police would have had the proper workforce to block off Trump’s mob from mixing with the Biden supporters because, at that point, the police’s mission would be to deter street violence. They, the cops, did this tactic multiple times already. The lead special civil-unrest officer in charge would have been Lieutenant Bagshaw; I know how he thinks.

He would have easily used his distance/separation strategy to keep MAGAs from assaulting the local Washingtonians and the rest of the Biden supporters. The effectiveness of this strategy grows tenfold when you factor in the race. This brings us to the next part:

All those white Biden voters should have been out there, defending D.C., staring down the MAGA fascists.

The Black Lives Matter protesters didn’t need to be there. The police accountability protesters, who are mostly Black, can stay home that day.

Black people have been shouldering the majority of the weight of civil rights protest as of late. Black people, who are tired of begging for police accountability to exist, shouldn’t also have to stare down the American fascist storm front. It is the white liberal and the white moderate who need to show up to quell white supremacists riding a fascist movement.

Had white Democrats shown up in solid numbers on the 12th of December when there were 500–600 Proud Boys (read: fascist street gang) in town, it’s probable that fewer people would have been present on the 6th of January to attack the Capitol.

Each time regular people showed up to stare down these fascists, the next time the fascists showed up, fewer fascists would attend. They are afraid of getting doxxed, known, and seen. There’s a reason why those KKK hoods exist. Deep down, they know they are wrong; they are just emboldened by mob rule, mob mentality, and cult-worship. Having to face their peers on the street has this way of snapping them out of it.

Those Biden voters should have bought a ticket, hopped on a bus, and been out there. 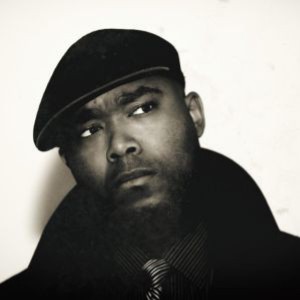 A Message to White Conservatives About Calling Out Hate

For Too Many, Equality Is Uncomfortable

But What Are White People Doing?

A Message to White Conservatives About Calling Out Hate

Arturo Dominguez March 25, 2021
About The Antagonist
Antagonist Streetwear
On Social Media
Support Us