In June, I warned of the white supremacist infiltration of Black Lives Matter protests and the wave of destruction left in their wake. For years I’ve consistently issued reminders of the growing numbers of hate groups and how easily they recruit and radicalize young white men. I’ve also taken deep dives into the growing numbers of white supremacists joining law enforcement, as did the FBI. All of it falling on deaf ears. That is until we watch America go into shock after news breaks of mass murders or lynchings. Right?

Well, here we are. It happened again. Another bigot took a high-powered semi-automatic rifle to commit mass-murder, killing two. This time, the targets were anti-police brutality protesters. By now, it’s likely that you’ve witnessed the horrifying murders at the hands of an avowed white supremacist that occurred in Kenosha. If you haven’t, I highly recommend you read about it instead of watching the video. However, the videos that showed the police allowing armed thugs into town after curfew — and seemingly facilitating the murderer’s getaway — are quite incriminating.

Many writers have reported on racism in law enforcement over the years. While our detractors blindly argue it doesn’t exist, I remind you that this is not a new phenomenon. I started paying attention to this back to 1991 after a federal judge concluded many Los Angeles County sheriff’s deputies formed a neo-Nazi gang and routinely violated the civil rights of Black folks and Latinos by using “terrorist type tactics motivated by racial hostility”. Since then, I’ve often questioned whether we would be having a different conversation if everyone saw what we see and I doubt it. Simply because most folks choose to look away rather than have uncomfortable conversations.

In just the last three decades we’ve seen many instances of racism in law enforcement each year. I’m not talking about just police brutality either. Reports of officers using their positions to recruit for hate groups and militias are near-constant. This widespread presence of racial animus in law enforcement must be taken seriously. When we see people of color disproportionately brutalized by police, we see not just a pattern, but the root cause behind the culture of using police to oppress communities of color. It’s the same culture that built America.

So, excuse my lack of outrage after seeing how the cops treated heavily-armed white thugs who went to Kenosha to commit murder under the guise of protecting property not their own. It’s not at all surprising to see police toss a bottle of water to a terrorist while exclaiming how much they appreciated his presence and knowing they would later let him go without question. That’s what happened in Ahmaud Arbery’s and Botham Jean’s deaths. The system provided cover.

Without video evidence of what occurred splashed all over social media, it seems rather unlikely that we would have found out the truth of what happened in Kenosha. We may never have learned who the shooter was without witness footage. The police clearly weren’t in any hurry to share what had occurred prior to and after the murders. It wasn’t until the videos went viral and the shooter was identified that law enforcement decided to act.

Everything we’ve seen in the videos can be explained by an FBI investigation in 2015. The report found that white supremacist infiltration of law enforcement was at epidemic levels. It also indicated that right-wing “domestic terrorists” were using connections in law enforcement to gain intelligence, restricted access privileges, and ultimately evade capture.

What’s most interesting here are the connections between the FBI’s 2006 and 2015 reports. The 2006 report discusses white supremacists taking advantage of weak vetting procedures in law enforcement agencies to gain access to “restricted areas vulnerable to sabotage and to elected officials or protected persons, whom they could see as potential targets for violence.” The report also suggested that it was a systematic effort as infiltration was seen as a key element in the philosophy of a “leaderless resistance”.

Looking back at the last 30 years of racism in policing paints a harrowing picture. It’s even more disturbing when viewing the progression since the Civil Rights Era. Simply looking into the years and sometimes decades-old intelligence reports on white supremacy in law enforcement show what we’re facing now is the culmination of the warnings received from those reports. The reason you’ve likely never heard of them is that the reports were not immediately made public while the FBI made recommendations that would never be implemented.

A more recent investigation conducted by Reveal News shows that the link between law enforcement and far-right extremists continues to grow. In 2019, Reveal found that several hundred active duty and retired police officers were members of online forums that promoted racism, xenophobia, Islamophobia, neo-Confederate ideologies, and neo-Nazism. Nearly 400 police officers from 150 departments were confirmed to have been promoting hate speech.

Throughout history, other hate groups (Proud Boys, KKK, League of the South) have regularly exploited their access to police. But in the modern era, the Proud Boys like to be vocal about their connections to law enforcement. Several high-profile investigations highlighted the extent of collusion between police and the hate group. In May 2020, Chicago Police officer Robert Bakker was discovered to be a member of the Proud Boys Telegram channel where he bragged about his connections to the police department as he coordinated meet-ups for the group.

In 2019, Washington D.C. police officers were photographed fist-bumping Proud Boys members at a July 4 rally in front of the White House. Police then gave them an escort to a local bar as anti-fascist protesters were met with violence from police and members of the Proud Boys.

Many conversations are being had about the complicity of police regarding the shooting in Kenosha. Perhaps the fact that police allowed armed thugs to enter the city after curfew while showing their appreciation for them is enough to convince you. Maybe failing to question the murderer or checking his identification is enough. Or the part where he admitted shooting some people and they let him walk away is enough. They’re all certainly enough for me.

So what’s to discuss? Right? Well, some folks on the far-right are hailing this domestic terrorist as a hero. They’re all screaming about his right to self-defense while completely overlooking the fact that the shooter committed several felonies just by traveling to Kenosha as a minor with a weapon of war. Claiming self-defense after actively looking for trouble and engaging others with a semi-automatic rifle is arguably one of the best lessons in white privilege ever.

Hearing far-right mouth-breathers come to the defense of a murderer simply because he’s White and killed people they disagree with is again, not surprising. Listening to the mental gymnastics of far-right extremists jump-in to victim-blame and protect a White terrorist is par for the course. So was Tucker Carlson when he asked, “How shocked are we that 17-year-olds with rifles decided they had to maintain order when no one else would?”

I would tell Carson that considering the culture wars he, Trump, Blue Lives Matter, and hate groups are responsible for, no, I’m not surprised. Just like I wasn’t surprised by the El Paso, Texas shooter, the Gilroy, California shooter, or any school shooter you can think of. Young white men are being radicalized every day by loud-mouthed racists using coded language that they know only their followers will respond to. Don’t take it from me, listen to what these hatemongers say. They don’t even try to hide it anymore.

Aside from Carlson and Fox News, we have many other media outlets that are providing coverage that demonizes a Black victim being shot in the back seven times while making a domestic terrorist sound like an angel. The New York Post published two stories within hours of each other. The first featured a headline that read: “Suspected teen gunman Kyle Rittenhouse spotted cleaning Kenosha graffiti before shooting,” while the other read: “Jacob Blake had a knife in his car when he was shot by police, DOJ says.”

The way media reports these incidents is telling. Not much has changed in this arena in over 100 years. White criminals are portrayed as saints while people of color are demonized even in death. All of the misinformation being circulated on social media about Blake’s criminal record and the reporting of both incidents highlight the general public’s perceptions and how they’re reinforced by media bias. News outlets must take a more responsible approach.

I guess this is why the Kenosha murderer was able to walk right past police while armed, after the imposed curfew, after committing a double murder, and after witnesses were shouting to officers that he’d just shot someone.

Arturo is an anti-racist political nerd. He is an upcoming author, journalist, advocate for social justice, and a married father of three. He is a top writer on Medium and a regular contributor to several news media outlets. He writes educational and informative material about systemic racism, white supremacy, and racial injustice. He collaborates with many in Academia in discussing the issues mentioned here. If you’d like to learn more, follow him on Twitter, Facebook, and Instagram. You can also support his work here. 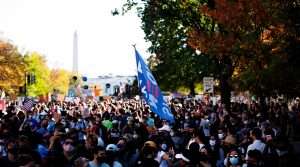 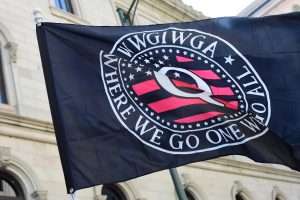 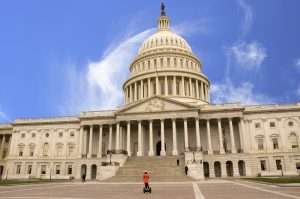 A Social Media App for Hate; An Attack on the Capitol; An Ominous Warning 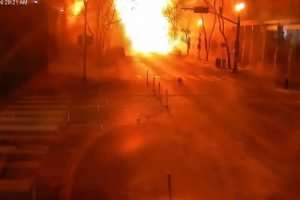 The Nashville Terrorist Attack Was a Warning 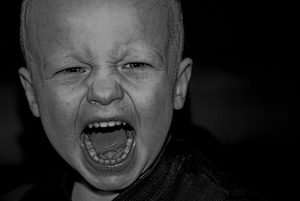 A Social Media App for Hate; An Attack on the Capitol; An Ominous Warning

Arturo Dominguez January 14, 2021
About The Antagonist
Antagonist Streetwear
On Social Media
Support Us